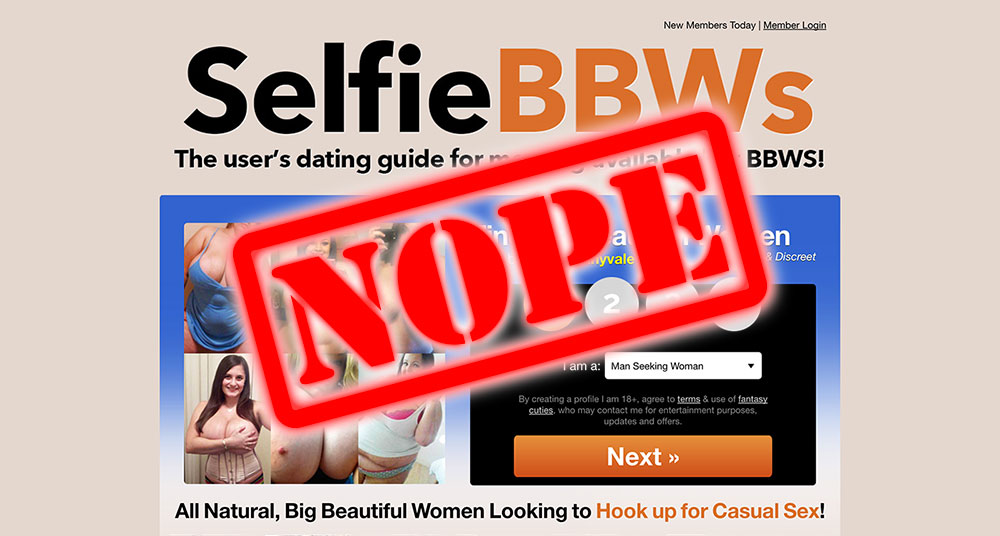 Snappy Snyder who wants to ansel his adams with a photogenic filly: “Hey Frankie. How do I get laid at SelfieBBWs.com?”

Me: “SelfieBBWs.com? Real easy. You just need to get yourself acquainted with this top selfie technique. Follow these three steps and you’re golden. Step one, go and find yourself a camera. Digital, film, your phone, whatever. Any camera will do. Step two, do some arm stretches. Whatever kind works for you. Just get those arms warmed up. What’s that? Yes, of course this is important. You can’t risk cramping up in the middle of a goddamn selfie session, man! This isn’t amateur hour! Yeesh. Step three, grab your camera and hold it out in front of yourself with your freshly limbered arm. Perfect. Oh, real quick, before we continue, here’s a pro tip— Nay! Here’s the pro tip for taking selfies. You may want to write this down. Ready? Here it is: Make sure the lens is pointed toward you. Nice. Now click. It is in that instance, that moment of selfie perfection, that you realize that you fucking don’t!”

What I’m saying is, get used to playing with yourselfie because nobody is getting it on at SelfieBBWs.

But why, Frankie? What’s wrong with SelfieBBWs.com?

Three things that, together, make a great game. A game where there’s always a chance to win.

Those are three things that you’ll find at SelfieBBWs. They aren’t part of a game at all, but you always end up losing with them.

Get a load of the “Fantasy Cuties” that are plastered all over SelfieBBWs.

Let me start things off with the most important thing you should take away from this SelfieBBWs review. Here it is:

The reason being reading the terms and conditions will allow you to see whether or not that dating site is a legitimate site, or if they are going to try and scam you out of your time and money. In other words, reading the terms first allows you to make an informed decision. One that can save you from an entirely avoidable giant headache.

And how, exactly, does reading something so incredibly mind-numbing as a site’s terms and conditions do that, you ask?

By showing you the truth about the site, that’s how.

Buried deep in the legal blah-blah-blah of the terms is where shady dating sites disclose all of their dirty tricks. Not because they want to, mind you. They don’t do it out of the kindness of their hearts. No, they do it so they don’t get in trouble with the law.

See, something a lot of people don’t realize is that by simply continuing to use a website, they have agreed to the terms of that website. Whether they actually read the terms or not is irrelevant.

I’ll tell you who does realize this though. Shady-ass websites. That’s why, even though they’d rather not, they don’t really give a fuck that they have to let you in on their little secrets in their terms. They know that pretty much nobody actually reads the terms of a site. They count on it. And they know that it doesn’t matter one way or the other anyway. They’re off the hook. They did what they had to do to be in the clear. Even though people are still getting scammed left, right, and center, they get to keep on raking in the dough from their deceitful practices.

It’s pretty fucking shitty is what it is.

Now, let’s get to the meat of the matter and take a look at SelfieBBWs terms to see some examples of what we’re talking about.

Here we go… From section 4:

Well, I’ll be. Would ya look at that. “Fantasy Cuties”. Here’s why I mentioned them before:

Just to be clear, lemme point out the most important word in that hunk o’ junk: fictitious. As in, fake. As in, fake fucking profiles.

And just to hammer it home:

Want to see more of that gong show? Feel free to go to their site and read the rest of the terms. That’s enough for me though. There’s more than enough evidence of impropriety there to send me in the exact opposite direction of their site.

Okay, okay. I wouldn’t actually do anything so drastic, but seriously, enough with the not believing. You’re killin’ me here.

Listen, when presented with facts—like the facts a little up this page about the fictitious profiles, for example—one does not choose to believe or not believe said facts. This is because they are, you know, facts.

Facts are not open for interpretation or dispute. They are literally things that are indisputably the case.

Now, I get that maybe it’s hard to believe that a site that presents itself as something legitimate could so blatantly give it’s users the giant finger, but unfortunately, it is what it is.

Go have another peek at the stuff we talked about earlier. The stuff that comes right from SelfieBBWs very own terms and conditions. Pay special attention to the bits about the fictitious profiles. Let it all really sink in. Trust me, the lightbulb will come on, and you can revel in the fact that you didn’t just get added to the suckers list. You absolutely do not deserve to be scammed out of your time or hard-earned cash. Nobody does.