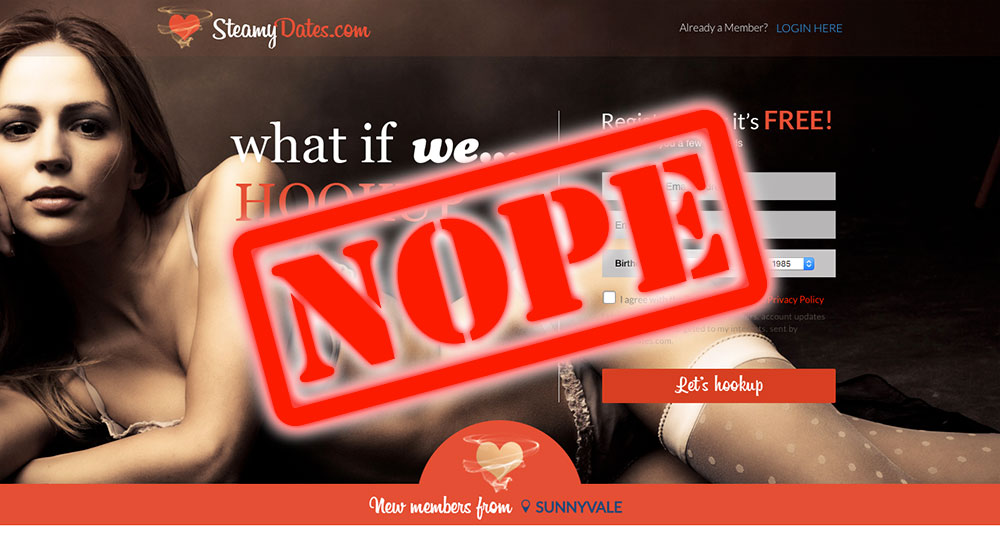 Steamy dude who wants to get hot and bothered with a smokin’ hot female: “Hey Frankie. How do I get laid at SteamyDates.com?”

Me: “SteamyDates.com? Easy. You just have to create the right environment. So, first, go turn on every hot water faucet you have in your whole house. I’m talkin’ full blast. Then put a pot of water on every burner on your stove and boil those mofos like boiling water is going out of style. At that point you should feel like you’re on the set of a remake of The Fog. Now that everything is nice and steamy, it’s the perfect time for you fucking don’t!”

Here’s what I’m saying: You have a better chance of finding a bucket of steam than you do of hooking up at SteamyDates.com.

But why, Frankie? What’s wrong with SteamyDates.com?

I’ve been waiting for this…

And when you see El Sparko, you know what’s coming! Sparkle sprinkling!

“What is this ‘sparkle sprinkling’ that you speak of, Frankie?” I hear you ask.

“But what exactly is it?”

It’s basically part of an incredibly lame attempt at trying to justify why a hookup site is creating fake-ass profiles. Which, to be clear, is unjustifiable.

I mentioned the Terms and Conditions page a second ago. That’s because the T&C page is where we always go to uncover the truth about a dating site. Today is no different.

Check this out. Section I6:

In order to enhance your amusement experience, to stimulate you and others to use our Services more extensively, and to generally sprinkle some sparkle and excitement into the Services of STEAMYDATES.COM, we may post fictitious profiles, generate or respond to communications by means of automated programs or scripts that simulate or attempt to simulate your intercommunication with another real human being (though none really exists and any dialog is generated by programming), and we may employ or contract for the paid services of real persons who may interact with you as part of their compensated employment.

Just for fun, how about a little icing on the scamcake?

Awesome, right? Don’t you love it when sites try and scam you? FFS.

All good. You don’t have to.

I mean, why would you want to believe a bunch of words that specifically say they do a specific thing anyway?

Really, who does that? Believing stuff. Pffft.

(Seriously though. You really should believe the words up there.)